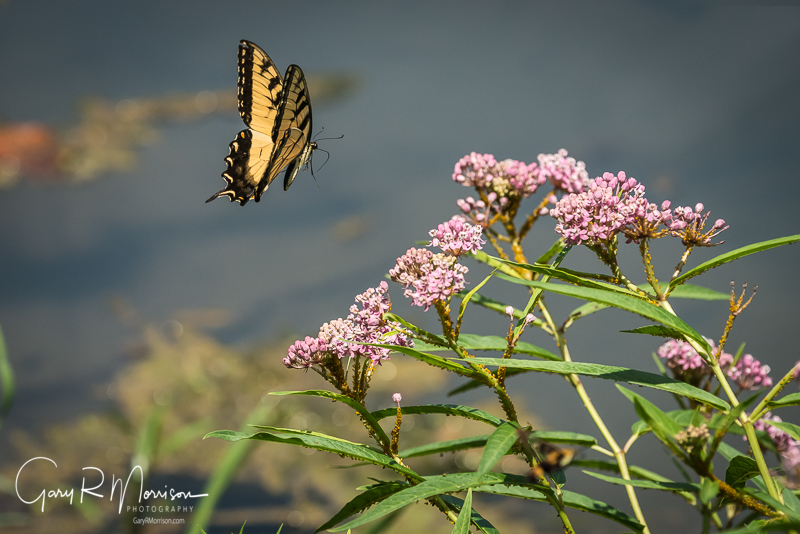 Steven Higgs and I set off early yesterday to photograph the Little Blue River that flows through the Hoosier National Forest in Southern Indiana. It was almost a two hour drive to our first stop.

Our first stop was at the confluence of Bogard Creek and the Little Blue. The little Blue was quite muddy; however, the creek was crystal clear. As I started setting up my tripod at the edge of the bridge, the center weight hook and bubble level fell off. The hook landed on a stair step part of the bridge and I have no idea where the bubble level landed. It was too far down to reach the hook and the banks were too steep to climb down.

Our next stop was on off Coon Hunter road. It was supposed to be about a hundred yard hike down a gravel road (to rough my SUV) to the river. Well, that was the longest 100 yards I have ever walked and coming back it seemed twice as far. When we got to the bottom, we thought we could see the river bank, but the overgrowth prevented us from going further. It felt good to take off the backpack once we reached the car and drink some water.

The third stop was a bridge over the Little Blue on Beech Wood Road. Again, the bridge was quite high; the banks were steep, and the banks very muddy due to recent rains. Thus, we decided not to slide down the hillside. After shooting for a while, a guy drove by and then came back. We started talking and when he found we were not locals, he started suggesting places to go. We have several places marked on our Hoosier National Forest Maps for future trips.

We decided to drive further south through Alton as we followed the Little Blue towards the Ohio River to check out a couple of places our friend at the last stop mentioned.

Next, we decided to explore a couple of the locations our local “guide” suggested. One location has several breeding pairs of eagles, an abundance of great blue herons, wood ducks and teals in the winter, river otters, and bob cats. We found the parking area, but it was overgrown. We decided to return later this fall or winter.

After lunch in Paoli, we decided to stop by Spring Mill State Park as there were some very nice cloud formations. While setting up at the lake, we found several swallowtail butterflies that we photographed.

I learned an important lesson today and I tried out a new piece of equipment. When you are setting up your tripod, ALWAYS check that everything is screwed on tight! I always check the feet having lost one last winter. But, now I will check everything else that moves.

All the bridges that we shot from yesterday had steel grate floors. It is really difficult to figure out a way to setup your tripod as there was nothing to set the feet on. I solved that problem. I found a set of 3 Gizo Snow Shoes for Tripods. These nifty feet fit on the feet of our tripod with an elastic band. They are about 5 inches in diameter and work well on the grated bridges. I think they will also work well in mud, sand, sandy creeks, and snow. It appears they would fit most any tripod as they have a V-shape piece of plastic on the foot and an elastic band that holds the tripod foot against the V.

Up Very Early Before Sunrise Last Thursday, I started off with two other photographers to…

It is fall and I am back!

I have not had a chance to do much shooting. In mid-August, I had a…