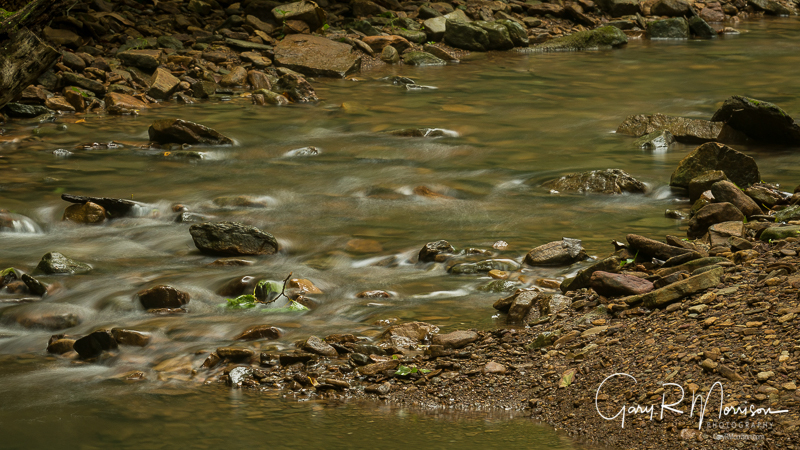 Steven Higgs and I set out this before sunrise this morning to photograph the Anderson River in the Hoosier National Forest. Last night, the forecast was for partly to mostly cloudy that would make for great lighting. The weather forecast changed overnight to show a 70% chance of thunderstorms all morning, but who believes the weather forecast?

The sunrise was fantastic, but we were not in a location to photograph it (no turn offs on this part of the highway). After driving several miles on a gravel road, we found a side road that took us to our first sighting of the river, really, a small stream. Just as we were about to take our last photographs it was as though someone turned off the lights! It got dark. We loaded our gear and went searching for another side road down a ways. Soon after we started shooting, it started to rain. We decided to go further south and check out Lake Patoka. We found a great spot, but rain. I called my wife and asked here to check the radar as we had only one bar of cell phone service. She said it was all green, red, and orange. So, time for some breakfast. The sky began to lighten and we took off again. This time, we found a gray sky with flat lighting. We decided the rain gods were against us and it was time to return home. But, we have scouted some locations for a future trip.

As I was dropping off Steven, the skies cleared and we had light. I still do not believe the weather forecast.