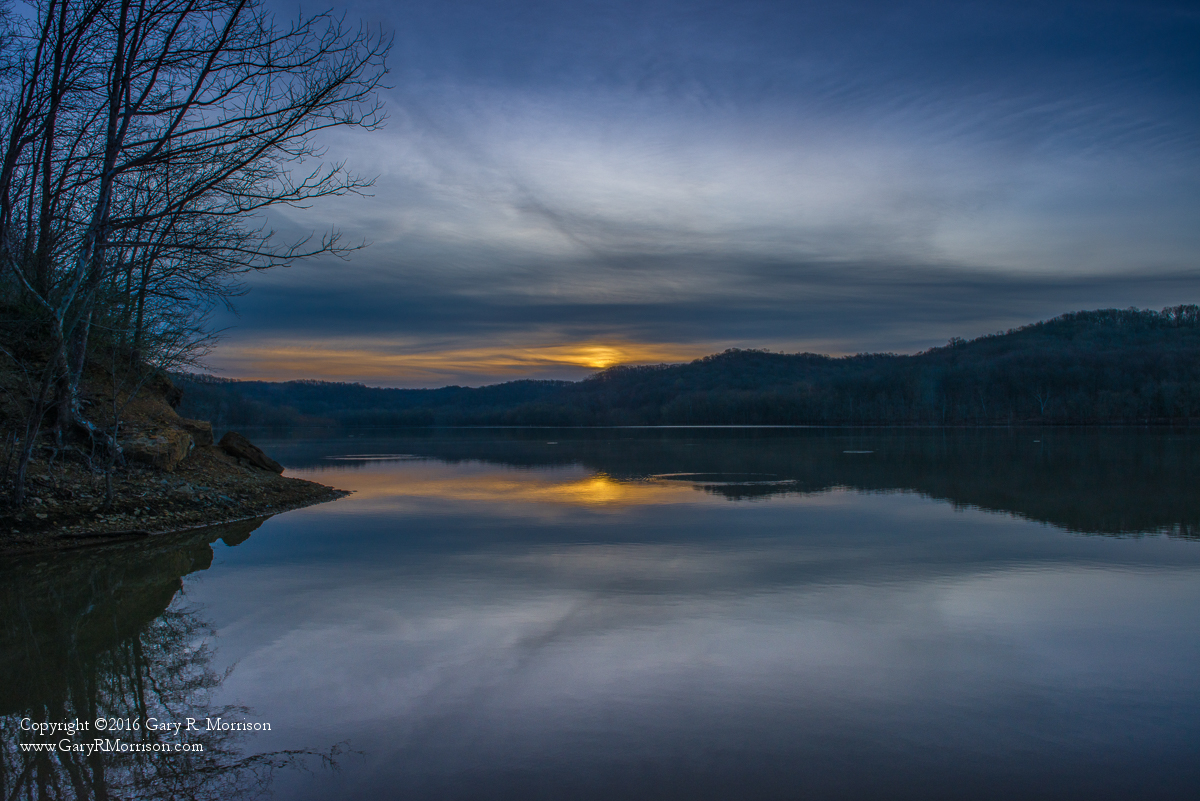 Every night before I turn off the light, I check three apps on my Kindle for the tomorrow’s weather. All three, for once, were consistent in predicting clouds before and during sunrise (clearing later). Thus, I gave up on shooting a sunrise and made plans to leave soon after sunrise to scout a couple of places and maybe do some shooting at Muscatatuck NWR. However, when I took the dog out to get the paper, I could see the moon with a halo. We both hurried back inside and I announced I was going for a sunrise shoot once the dogs were fed and we had our breakfast. The omelets I made were perfect.

I rushed to finish my breakfast and load my gear. As I drove out of the driveway looking east, I could see these beautiful red colors. I had the wrong time for the sunrise. But, the SUV was loaded so I figured I would drive on as it is only 15 minutes to the place I wanted to shoot.

When I arrived, there were some serious clouds in the east, but the west was clear. The sun had not crested the hill across the lake, so I set up my equipment and waited and waited and waited. Finally, I started to see some color over the top of the hill and through the clouds. I shot for quite a while, but the following is my favorite shot from the morning.