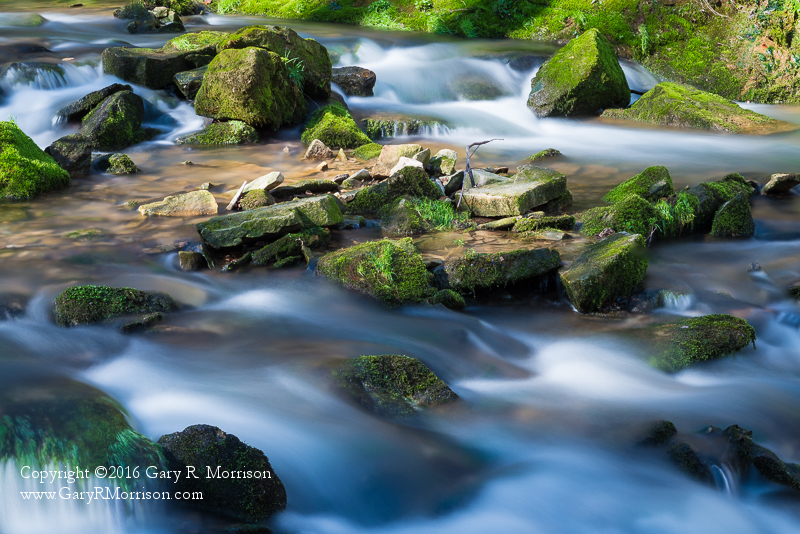 Last week, the weather cooperated and I had two great days to photograph new places.

On Thursday, I was searching for wood ducks with a fellow photographer. However, on the way, we were distracted by the beautiful clouds and clear blue sky. Our first stop was a detour south to Starve Hollow Lake in Jackson County. We tried to find another location, but my GPS put us in a neighborhood rather than on a remote ridge—both locations had the same street/road name. We continued on to Muscatatuck NWR in search of wood ducks. None were to be found, but we had great clouds once again.

A hawk for a duck?

We also photographed a sharp-shinned hawk that flew over to check us out. As we were hiking on the dike of a marsh, I also spotted two Canada Geese who appeared to have a nest and were warning us not to come near. Near the end of the afternoon, we found a lone Canada Goose feeding in one of the lakes.

The sky looked great for a beautiful sunset, so we headed to Brown County State park. After checking out three or four locations, we gave up as the sun did not line up with the locations. Maybe in a month or two…

On Friday, I ventured south with another fellow photographer. During my research, I discovered a waterfall listed in Lawrence County. Having grown up in the county, I was unaware of a waterfall and decided to do some additional research to find it. The waterfall was not in Lawrence County, but rather in Washington County. The area is managed by DNR and is officially titled Cave River Natural Area. However, I doubt that you can find it on any of the maps or the DNR website. A search of the Internet though will provide you with several reports and directions. At one time, it was a resort where boat rides were offered into one of the caves (they are closed to the public now). Today, there is a lone log cabin as reminder (other reports that there are copperhead snakes around the cabin) of days long ago. The rocks along the stream are very slippery, thus caution is advised.

Going down is easier than going up!

While driving through the hills and hollers of southern Indiana, one loses their perspective. I remember on one of our drives from Virginia having traveled through New River Gorge on I-64, we laughed a couple of steep hill signs in Brown County! As we hiked back to our car from the Cave River valley, my legs, lungs, and heart all reminded me that those hills are steep! But, it was worth it.

A photo album of the day is below.

A friend confirmed a few weeks ago that Sandhill Cranes had returned to southern Indiana.…

Early Return for the Sandhill Cranes

Sandhill Cranes returned to southern Indiana early this year. Typically, I have not seen them…