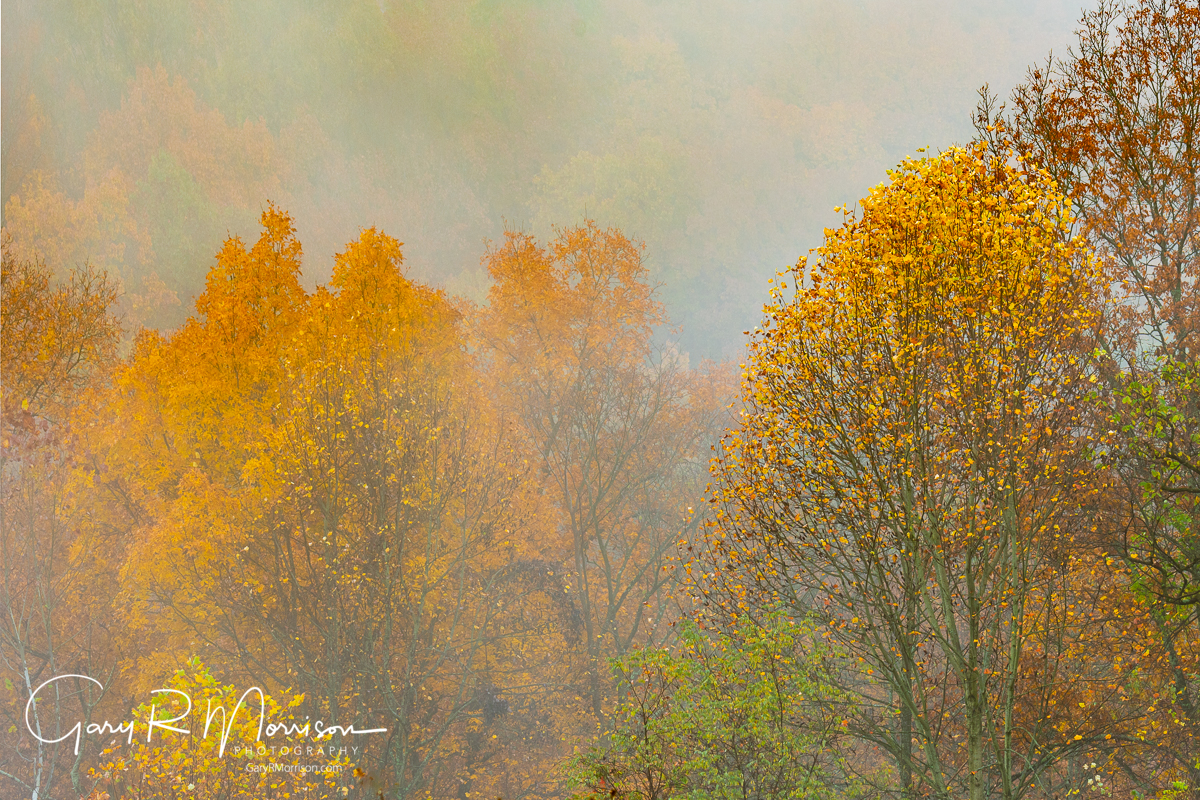 I am guessing that yesterday was the peak for fall colors at Brown County State Park. The rain today my drop the remaining leaves.

The fog yesterday, enveloped the whole park from the hollows to the top of the hills and more. I drove through the park for almost 45 minutes before I found a scene that I could photograph. My previous trips to the park found the fog in the valleys making for interesting scenes. Most overlooks had limited visibility that created soft lighting and muted colors.

I was surprised to find the fog dissipated from Ogle Lake. Last week, my first attempt to photographed the lake found it completed socked in so much so that I could not even see a tree until much later in the morning.

The fog stayed visible until almost 11 am. As I was leaving the park, I decided to stop at Hesitation Point for one last look. The fog had cleared and I had a good view of the colors in the valley. The change in colors since last week were spectacular and worth a stop.

Next week, I plan to head much further south in Indiana in hopes of finding some more fall colors. The predicted heavy rain for today, however, may drop most of the leaves. Last year, we also had a very short peak time for colors as heavy rains and strong winds dropped the leaves around November 1.

Another foggy fall day in Indiana…