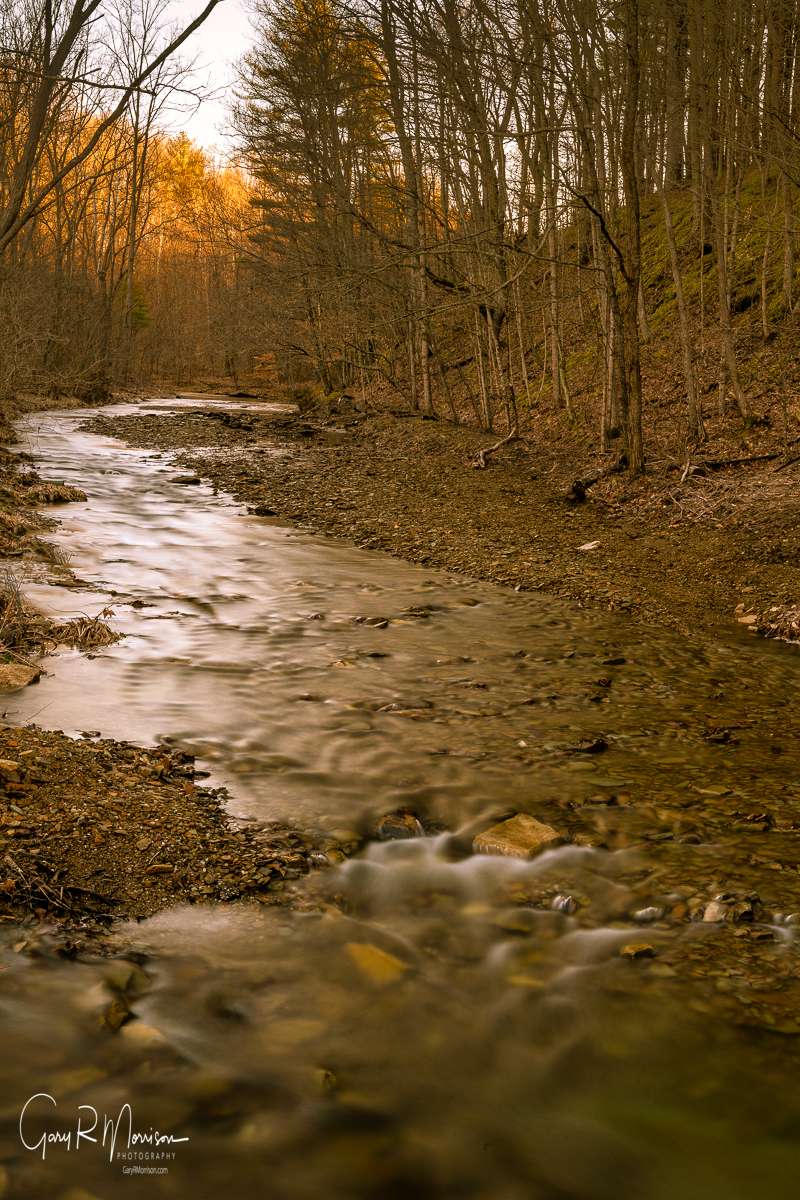 One morning this past week had a forecast for a colorful sunrise, so I set the alarm for 5:00 am. Our two dogs were not impressed by the early hour, but they cooperated. I set out for my location in the dark and cold as it was around 27 degrees for a spring day that was not yet spring. There was not much color in the sky the hour before sunrise and I decided to go to a second location rather than my previously scouted spot. I arrived about 45 minutes prior to sunrise and could see a little color in the distance, but not enough to photograph. I waited until 20 minutes before sunrise and decided to check out my original choice. Again, there was not much of any color in the sky. I was starting to think the morning was a loss. I drove to another location that faced southwest hoping I might find some good lighting. Nothing. I had my heavy down parka with a hood, warm hat, and good gloves, but I was contemplating calling the day a loss.

Sometimes, you have to rethink your plans

I needed to rethink my morning as the sunrise was over and I did not have a good photograph. After some creative thought, I settled on two other locations that would have side lighting that might create some interesting shadows and patterns. I arrived at the right time and set up my camera for a shot across the valley. The buds on the tree were barely visible and showed very little color on this not yet spring day. However, the sun was warming the trees and the forest floor enough that colorful buds started to appear a few days later as did some of the early wildflowers.

Is there water in the creek?

My next stop was Skinner Creek. I have tried to photograph this creek on multiple occasions, but there is never any water flowing. We have had a wet winter and it rained a day or two before my trip. I was not optimistic there would be flowing water, but decided to visit the site and search for some other scenes along the way. To my surprise, there was water in the creek and my timing was great. I was early enough that the sun was not over a distant ridge that would cause glare on the water. It is not yet spring, but there is some green from the moss and evergreens. I’ll return to this location sometime next summer or fall after we have some rain, although I have found this creek dry after some heavy rains.

In April, I am leading a wildflower hike at the T.C. Steele State Historic site. I believe the hike is free, but you must register. Near the end of the month, I will make presentation on landscape photography at Wilson park in Bedford.