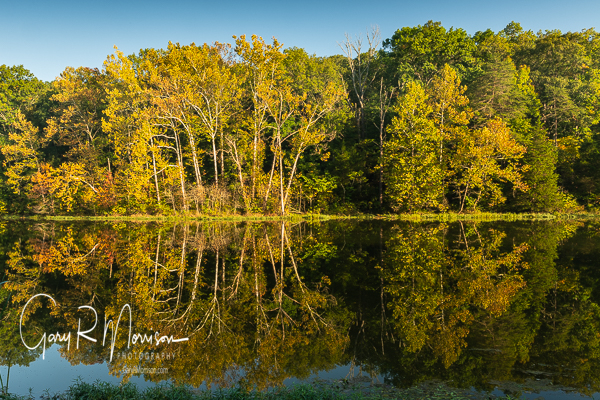 I have not had a chance to do much shooting. In mid-August, I had a partial knee replacement and eight days later I collapsed on our stairs and was in the ICU for eight days. It seems there was an interaction with the various medications I was taking that dropped my blood sodium level to a very dangerous level (three doctors have said it was the lowest they had ever seen). But, I am finished with physical therapy and almost all the way back. My wife is limiting my backroads and backcountry explorations for a while longer. I am up to walking 1.5 miles and have a trip planned with a friend in a week or two that is 1.5 miles round trip.

Two weeks ago, Linda drove me to Spring Mill State Park to lead my third annual Scott Kelby PhotoWalk. We had about fifteen fellow photographers join us for a day of photographing Pioneer Village. Before the walk, I was photographing the old grist mill and Linda spotted a river otter sunning on the stone bridge abutment. We finally found two other otters as they swam toward the lake.

I always arrive early for the walk in hopes of finding some fall color. It did not look good this year, until I spotted my favorite stand of sycamores. The lake was glass smooth and the sycamores had just turned yellow. It was the first landscape I shot in a couple of months, so the image marked a return to normal!